Thundercat – It Is What It Is – Review 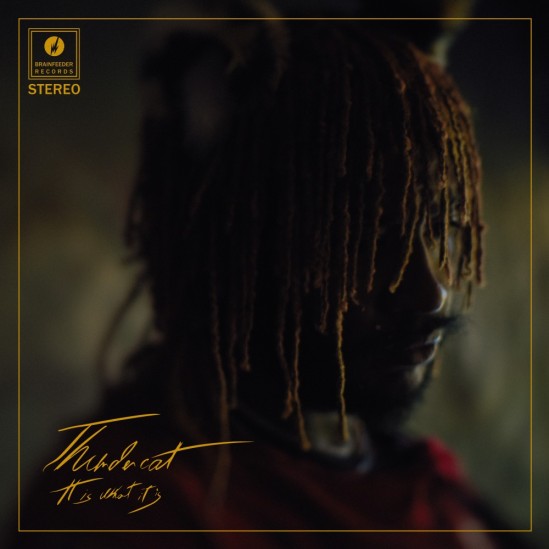 The charm of Thundercat’s 2017 album Drunk cannot be overstated. A meandering, bizarre, at times unparsable ramble through acid-jazz in which true-to-life laments on sex, love and American life were interspersed with references to science fiction and yacht rock. One song was dedicated to his cat.

You stuck with it for the talent of the guy himself (Stephen Bruner); his silky vocals and nimble fretwork. It Is What It Is provides more kitschy delights. Bruner wanders through these 15 songs half-cut and rambling about the cosmos, Back to the Future, durags, girls, and whatever other fancy flits across his bong-addled state of mind.

The frisson comes from the inexplicably intricate grooves and song structures underlying his dorm-room polemic. Thundercat’s playing is tremendous, weaving almost comically overextended bass lines throughout. His love for Steely Dan’s Aja is more evident than ever. Despite the occasional sop to more contemporary sounds, It Is What It Is is encased in the opalescent sounds of late 70s FM radio. Donald Fagen’s spongy electric keys abound, as do squeals of sax and Totoesque precision on the beat.

Part of the Cat’s appeal is his dislocation from our reality, but when he does touch back home the results can be surprising. ‘Black Squalls’ is a fairly honest account of paranoia and fame; “Just moved out the hood, doesn’t mean I’m doin’ it good / Wanna post this on the ‘Gram, but don’t think I should.”

If there is a sore spot here it’s the lack of bankable songs. It is hard to drop into any one song on this and enjoy it in isolation – since they have an interlocking flow and rarely surpass 3 minutes. The sound quality is sometimes demo quality too, which seems a shame. It feels a little unfinished.

That said some of these songs are his peak. The blinding ‘Interstellar Love’ and beautiful idiocy of ‘Miguel’s Happy Dance’ are testament to the unfathomable range of Thundercat, and his balance between genius and absurdity. ‘Dragonball Durag’ is his best song yet, an effortlessly assured sex jam about how much he loves his titular headpiece featuring the choice lyric “Baby girl, I’ma smash in my durag / ‘Cause it’s only right.”

Don’t anticipate this enticing many new fans. This is still a very strange brew of 1000 competing and conflicting interested and influences, but a great listen all the same.