The best part of the Live at Leeds festival is getting to see highlights of the local circuit. The Leeds scene has an embarrassment of riches when it comes to grassroots talent – bands with their own distinct sounds and voices and inspirations. These are just some of the bands we think you should see. 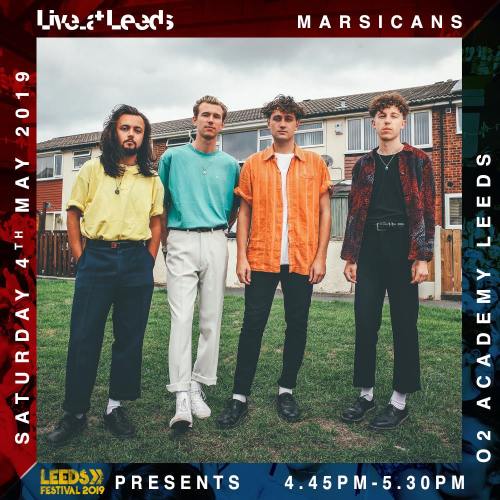 The Leeds scene truly wouldn’t be complete without Marsicans. They’re so beloved at this point that the idea of losing their block colouring and helium-high harmonies is too heavy to think about. ‘Friends’ packages a universal truth – that keeping friends is harder than it should be – in a sprightly, bittersweet groove. Those seeking a bit of regional poptimism could do far worse.

Totally demented, sort of proto-punk sound that makes you want to chain & bolt the door and nervously watch the street. They’re actually from York, but have been influential in the area already, with many local bands citing admiration. They pack a sort of dark humour (peep the castanets on apocalyptic ‘TV Made Me Paranoid’) that sweetens all the doom and gloom. Totally unique, and quite mad. We approve. 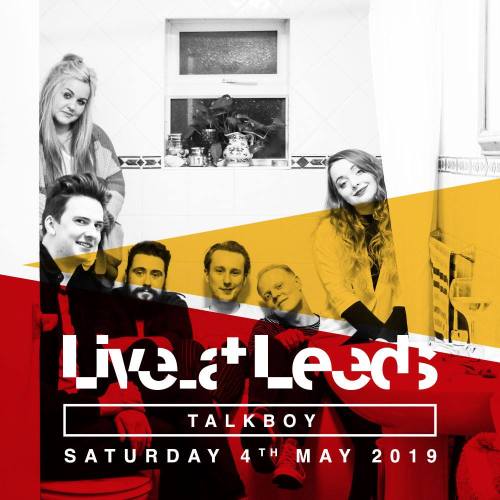 We first saw this six piece as a three piece supporting in Oporto. Since then they’ve racked up hundreds of thousands of streams and won the hearts of the blogosphere, which means they officially don’t need a shout-out anymore, but here’s one anyway. Talkboy are basically the definition of charm: songs like ‘Someone Else For You’ & ‘Mother’ are woozy dream-pop with rock solid rhythms. The harmonising here is Absolute Perfection™ and frankly you won’t have really experienced LaL if you give them a miss.

There’s something wonderfully peaceful about all this; far off Kevin Parker style vocals, kitschy keys, gently measured beats. Far Caspian forego direct overtures in favour of a more abstract, subtle sort of dalliance. ‘A Dream Of You’ is sheer bliss, and so many of their songs hum with a confidence and soulfulness that sometimes get lost in the noisier main of indie rock. With a 7pm set at Oporto, they’re well placed and a great tonic before the later headliners.

Looking on the bright side is good and all but sometimes you just wan’t to say fuck off, just generally, and IYP provide that in spades with bone-crunching riffs and sledgehammer beats. Debut EP Karuna Mudra is a real blockbuster – the bass on this is borderline weaponised. Serious pipes too. Check them out for sure but wear a crash helmet.

The most interesting band in Leeds rn bar none, Tranqua aren’t happy unless they’re harmonising over something completely crazy. ‘Retrogression’ sounds like roided-up Talking Heads, ‘Tempered Tides’ like art-rock with social conscience. Taken a turn towards the tuneful on the sublime ‘Hassle Heart’, which sounds like something from Crash Bandicoot in the best possible way. They’re on early so start the day fruity and check them out.

For those seeking a far out experience obtained by legal means there’s Menace Beach. The duo aren’t so much on their own wavelength as their own spectrum of light. Their grainy, scuzzy, fuzzy sound evokes the 60s as seen through a wormhole into another, infitiely strange dimension. Check out latest debut Black Rainbow Sound to get the full effect, but there is truly no one even a little bit like them, and they’re a real gem.