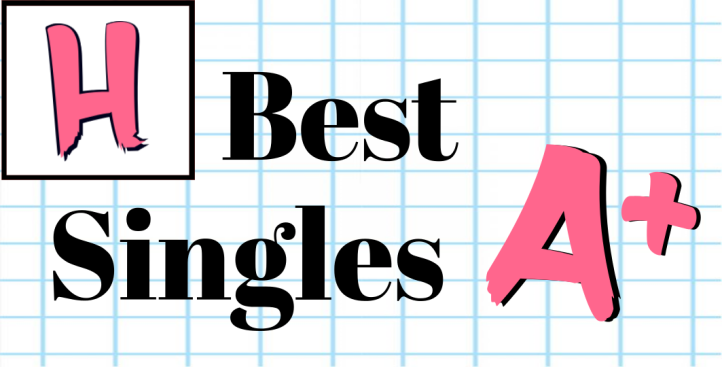 Congratulations everyone, we made it. As we surpass the half way mark in a wild year for all music great and small, it’s time to take stock of pop. These are the best songs released (so far) in 2018.

Kitshy as country-EDM (in 2018?!) undoubtedly is, ‘Dancing’ is a sweet, catchy and downplayed ditty. A cursory glance reveals a tight build & chorus, robotic vocal chops and some tastefully plucked guitar; a deeper read finds a sighing catharsis. Then you realise the refrain is about death not dancing, and you wonder if this really is as disposable as you thought.

Taking the mumble to unfathomable heights, Drake continues to make sleepwalking a kind of art form. ‘God’s Plan’ is an almost incomparably drowsy smash on the charts. It’s also idiosyncratic, cheeky and dripping with anomie. I love it only partly.

18. October drift – All Broken Down

A paean to being washed up and washed out, the latest from the Taunton four-piece October Drift is primo noise pop. Chiming guitars, cathartic chorus. A song about being marooned at a train station, and a doomed ear-worm.

Shameless blockbuster electropop. An exercise in joyous excess, featuring one of the greatest choruses of the year and irresistible synth bass. A song that should have taken over the world by now.

Pop auralnauts from Newcastle crest another wave of indie splendour. The riffs are art-rock grandiose, the tongue-pops audacious, the vox raw and unfathomable. The stiff stomp of early Franz Ferdinand, with drum rolls to paddle the chorus. The future is pink.

Though ‘Feels’ was a better time, there’s something to be said for something so fleet and seamless. Dua smoulders in her guest vocal spot, though the pre-chorus is clumsily truncated to fit the rhyme: which sounds ba-a-a-ad. Choppy beat and wacky synth riffs ripped straight from an Amnesia DJ Set circa 1993.

13. Childish Gambino – This is America

Raw, uncompromising and a little choppy – but the first post Trump anthem to capture the terror of loss of control. The MV is more or less essential for enjoyment, but difficult art has a right to be difficult.

Ari’s love of sci-fi symphonica has given much of her output a spacey quality, and particularly so here. Operatic pre-chorus doesn’t quite gel with the jungle beat, but the audacity in the effort is a cause for praise. A strange pop tune, and one unlikely to feature prominently in Max Martin’s hall of fame, but a fun oddity.

Sheer indie-pop agony, with hooks that sink deep and the beautiful voice of Aoife Power to seal the deal. Recalls the raspy vulnerability Dolores O’Riordan with the harder-edged sound of Bloodless. A beautiful song.

Imagine Sheryl Crow’s ‘Everyday Is a Winding Road’ blasted through the sub-woofer of a Roswell saucer – and you’re nearly there. ‘Tangerine’ is funky, tangy and catchy as hell.

‘Love Like Waves’ may borrow the cadence of their prior hit ‘Kiss of Life’ almost verbatim – but is so fresh and evocative it won’t matter none. The Fires channel the giddy thrills of the mid-00s scene, where art-rock metastasises into beat-heavy disco. The outro coda may be a little too sugary, but in the current age of beige a little sweetness is well needed.

‘Get Lucky’ is still the touchstone some five years on but ‘A Good Night’ is worth recommending in its own right. The routinely stiff and earnest John Legend re-emerges as a tricky MC. Bloodpop® provides the arrangement – basic, but snappy too. A polished dance jam. The ‘wife’ lyric is meant in irony, but that won’t stop plebs using this as first dance soundtrack. ‘I Gotta Feeling’ minus cringe.

Evocative, sparse lyrical hooks hammered home with an effortless cool. Any doubts the guy is in any way as down to earth as his bars suggest is put paid by the video wherein he plays a suave criminal who practices kung-fu and bangs a supermodel. A tight R&B jam and the best from this 1D survivor.

Puth has essentially weaponised dorkiness at this point. ‘Done For Me’ is immaculately presented synth-funk with fantastic verses from Puth and guest Kehlani. When they harmonise it’s a thing of beauty, and not just because Kehlani is the one in the driving seat.

It’s easy to disregard a rap song about cash – there’s too many cliches weighing against it. ‘ATM’ is a subversion of the trope, though it’s presented with such confidence it sounds like a brag all its own. “Can’t take it when you die” is a perfect soundbite. The presentation, as post To Pimp A Butterfly rap often is, comes as loungey keys. One of the best of the year.

Doom, doom, doom, tolls the latest from The Chromatics, whose long-delayed Dear Tommy is finally bearing fruit. Heartbroken, narcotised disco with chiming, dusty cowboy riffs. Held together by the ghostly presence of singer Ruth Radelet, who sounds about ready to turn you to stone.

Either boiler-plate throwback, synthwave’s first smash hit, or David Guetta’s first great song, depending on your viewpoint. ‘Flames’ is inspired, driven by juddering synth bass and symphonic flourishes. Some minimalist funk eases the stiffness of programmed drums. Sia isn’t given much to do but seems to have a natural feel for Guetta’s material, and is yet to turn in a bellow-par performance. The extended edit is the only cut you should be hearing.

Whatever your view on Youtuber-cum-popstars (in this case very dim indeed), goddamn if these aren’t the two freshest, tightest pop tunes released all year. ‘My My My!’ relies on the subtle sensuality of minimalist R&B, whereas ‘Bloom’ twoks the snare hit from ‘She Drives Me Crazy’ and puts it to great use, alongside the wispiest of new wave riffs. Quite simply splendid.