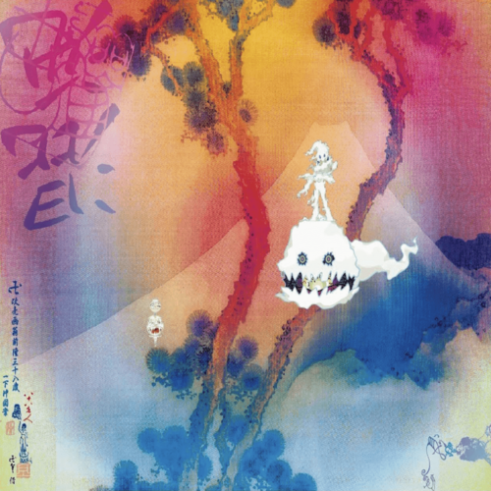 I miss the old Kanye. You probably do too. Well, the good news is he’s back. Sort of. KIDS SEE GHOSTS has its fair share of misfires and head-scratching moments, but when it’s on, it’s really on.

If the barely finished ye last month left you cold, then this will be a welcome tonic. This isn’t quite as slick as the near perfect polish of The College Dropout, but the production is absolutely fantastic. Hard-edged, jagged, muscular, the mix is in your face but allows detail to shine through. ‘Fire’ is rendered in fragments, a snippet of distorted riff here, vocals cries there, scratchy acoustic outro. I SEE GHOSTS is more collage than a collection of singular tracks.

‘4th Dimension’ rides a Louis Prima sample into a bizarre farrago of distorted sounds, including the toe-curling appearance of maniacal laughter. “You only want two and a half minutes” echoes the late great Prima in the final moments. This could be self-awareness. Much of the merit of this EP(?) comes from it’s short, punctuated blasts, with only one track breaching 5 minutes.

It can be sublime though, when the elements come together. ‘Freeee’ teases out a fantastic lead from Ty Dolla $ign, along with a distorted riff and lo-fi beat recalling Rick Rubin’s work on The Black Album. He does not lend his touch to production here, but appears the only person on Earth who did not – with seventeen producers on board. Perhaps a smaller roster would give this collection a more cohesive sound.

‘Reborn’ is a direct through-line to classic Kanye. Confessional, hooky, a little spiritual, Kanye owns the track front to back. As the beat ratchets up to a glitchy, trap rat-a-tat, ‘Reborn’ reaches a peak that the further tracks cannot match.

Kids See Ghosts is a supergroup with legs. On their debut album they have provided an inspired, contemporary collection of tightly controlled and highly stylised hip-hop. One on which Kanye confirms what we already knew – “Yes, I never listen.”Despite his bizarre and offensive blathering online about Trump and slavery (among many other things) the guy is still possessed of genius. Kids See Ghosts is a step in the right direction.