Tate have released a new EP, a collection of their past work with some new tracks alongside. Over six songs I Found A Place lays out an exciting, hooky, and vibrant rock sound. 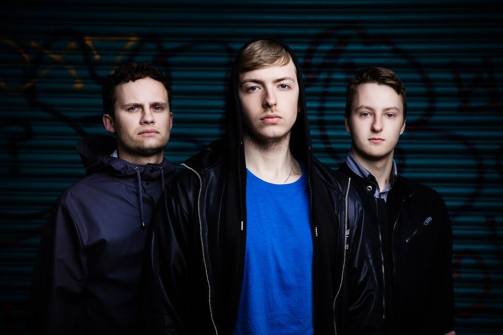 ‘Future’ sets the tone of cheerful otherworldliness. A slice of celestial noise pop, with jangly keys and stacked vocals, ‘Future’ is as forward-looking as the title suggests. The willingness of Tate to stretch themselves, to reach out to the very outer reaches of their ability is commendable. I Found A Place covers so much ground, and does so with the flair of a band committed.

‘Animals’ we’ve featured before, a spacey anthem with a chilly atmosphere. What is surprising however, is that isn’t even the best tune here. ‘Breathless’ is the highlight, built around stately piano and a driving beat. The chorus manages to be enormous yet intricate, and demands a lot of singer Ethan Tate. It rises and falls, swoops and dives, but is delivered even-keeled, with a ringing clarity.

I Found A Place shows a band carving out their creative niche between booming chamber pop and beat heavy rock music. The rhythm section is frenetic, with galloping beats under each track here. The guitars chime, the bass pummels. Yet with all this going on, Tate rarely overpower. They retain the attribute young bands generally fail to exhibit: artistic restraint. Compromise from member to member, with the ultimate goal of letting each member have their moment and each song room to breathe.

This is a hugely promising EP.

Tate are streaming I Found A Place through their website. Listen here.