Nostalgia has finally come for the 2000s 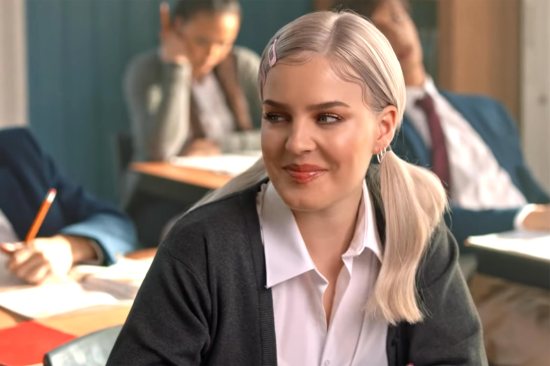 Christ is this song balls. I’m not entirely adverse to the suggestion that Anne-Maire is an exciting new act in British pop but ‘2002’ is barely a song. It’s like regurgitated food.

Listening to ‘2002’ is like spending time with someone who you aren’t all that crazy about, and they keep bringing up holidays you spent with your old friends, and you begin to really miss them, and then they get out the photo album and say “oh look there you are on the beach with so & so” and you wish they’d just leave.

Lending from songs better than yours is a dangerous practice. That ‘2002’ relies almost entirely on references to better & more memorable songs leaves the whole thing feeling cheap and hollow. It’s like an episode of latter day Family Guy.

The chorus is a rough hodge-podge of cadence from a myriad of pop songs, sewn together clumsily in what can laughingly be called the chorus.

Of course if you really wanted to honour the pop legacy of 2002 you could have just wrote a tune with the same sense of unashamed melodicism, instead of just pruning a handful of hooks and inserting them verbatim.

Outside of twoking from early 00s pop hits is a song about childhood romance. A romance that began when the singer was just eleven, which is good going for an eleven year old if you ask me.

The narrative leaps confusingly from that summer and the present, and another time when the narrator was 18 (2009?). The lyrics either trip over themselves as with “now we’re under the covers” coming before the confirmation our characters have surpassed the age of consent (yikes) or just feel clunky – try “singing at the top of both our lungs.” Isn’t that obvious? You can’t exactly sing from the same pair of lungs unless you were fucking conjoined at birth.

The pre-chorus suggests that somewhere in the United Kingdom a group of teenagers were allowed to go out to the woods and dance on the hood (it’s a bonnet) of a luxury imported car. This plainly did not happen.

If you thought the instrumentation might save it then think again, because it’s just rudimentary chords played on acoustic guitar. That’s right, Sheeran has his finger in this one.

‘2002’ is an immensely unsatisfying pop tune, a nostalgia trip so half-baked it isn’t really worth taking.