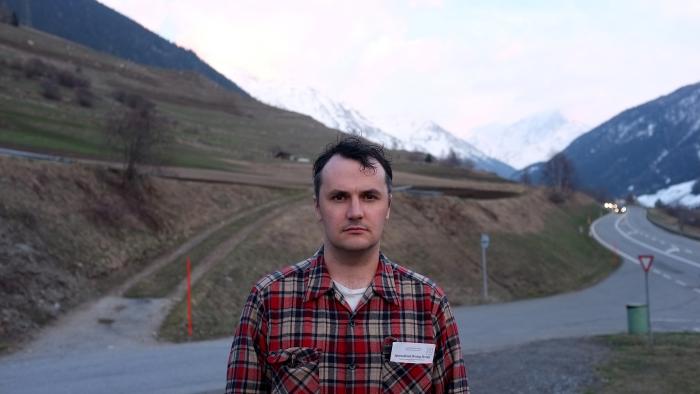 Following the death of his wife, the artist and musician Geneviève Castrée, to pancreatic cancer, Phil Elverum wrote A Crow Looked At Me. Released in 2017 under the moniker Mount Eerie, it’s an album characterised by solitude and intimacy, Elverum documenting the aftermath of Castrée’s death with startling honesty, recounting the all-encompassing grief that followed, along with the struggle to raise their infant child. It is a quiet, wordy album of odes and gentle acoustic melodies, Elverum examining death through a microscope, looking at its intricacies and mundanities, struggling to come to terms with what it means in real terms.

By the end of A Crow Looked At Me, Elverum appears to reach something that, although not quite peace of mind, feels something like acceptance. But death is not so clean-cut. On his latest album, Now Only, Elverum returns to consider questions of death and mortality a year and a half after Castrée’s death. Now, he examines the aftermath of the aftermath, asking what happens once the mourning is over but the sorrow remains.

The opening of Now Only mirrors the first track of Crow, the melodies identical as Elverum declares “I sing to you,” where before he sang “Death is real.” Though ‘Tintin in Tibet’ then treads its own path, it has the feel of a song from Crow, its gentle plucked guitar reminiscent of its predecessor. It serves as a bridge between the two records, Elverum focusing on memories of Castrée when she was alive, something he seldom does for the rest of the album. Instead, he looks outwards. No longer cocooned in grief, Elverum is thrust back into real life, forced to come to terms with returning to normality. Only now, everything is different.

The absurdity of real life in the wake of such a seismic event is explored on the record’s title track in which Elverum describes being flown in to play a music festival to “a bunch of young people on drugs.” He plays his songs about his wife’s death while subwoofers boom in the distance and Skrillex lingers nearby, before later hanging out with Weyes Blood and Father John Misty, eating fruit and jumping on a bed. Elverum sums it up best when he declares “To be still alive felt so absurd.” To add to this sense of absurdity, the track revolves around a morbid pop chorus in which Elverum sardonically muses “People get cancer and die / People get hit by trucks and die.” The melody is like something from a children’s show, its cheerful simplicity offset by doom-heralding lyrics. When the refrain cuts out, Elverum returns to strummed guitar, sing-speaking over mournful, meandering chords.

The ironic refrain of ‘Now Only’ is just one example of Elverum breaking from the fragile finger-picked structure of Crow. ‘Distortion’ opens with a blare of guitar fuzz, Elverum shattering the relative silence of his previous record with an ugly scream of static. Similarly, ‘Earth’ begins with a clash of electric guitar and drums, Elverum no longer consigning himself to hushed funeral songs, allowing himself to breathe on tracks that seem to expand, offering empty space waiting to be filled. And Elverum has no problem painting his blank canvasses with pictures. One of the most gripping images of the album comes on ‘Earth’, when Elverum sees charred bones poking from the ground. “Is that exact fragment your finger,” he asks, “That once caressed me not that long ago?” It’s a picture made almost too real by Elverum’s songwriting that continually strikes the right balance between the poetic and the caustic, the metaphorical and the literal.

As life begins to go on, Elverum finds reality coloured by constant reminders of his wife and her death. Things take on new meanings, Elverum inscribing his grief and his memories onto a range of sources, most notably on ‘Two Paintings by Nikolai Astrup’, in which Elverum finds solace gazing at two works by the early 20th century painter. Amidst a celebratory scene, Elverum identifies a woman who is set apart, leaning against a mossy rock. “I knew her person was gone just like me,” he sings, seeing his pain reflected back at him. As well as the paintings themselves, Elverum considers the artist, drawing parallels between him and Castrée. Like Castrée, Astrup died young, something that’s not lost on Elverum. “Sometimes people get killed before they get to finish / All the things they were going to do,” he surmises.

Just as the record begins with a reference to Mount Eerie’s previous album, it ends with one too. ‘Crow, Pt 2’ is the sequel to the closing track of A Crow Looked At Me that sees Elverum going through his morning routine with his daughter, contemplating the many ways in which he recognises his wife each day. Now, life has become a tapestry of references that point to her. “In plants and birds and in our daughter / In the sun going down and coming up and in whatever,” Elverum sings, recognising that since her death, the world has become something new, nearly everything inscribed with a different meaning, be it French songs, Norwegian paintings or Skrillex. Whether or not this is a good thing, he seems undecided. What concerns him, however, is what happens when these references cease and memory begins to fade.

On the expansive Now Only, Elverum asks what becomes of life after the death of a loved one. Over eight tracks of weaving guitar melodies, Elverum finds that while life continues, it becomes saturated with reminders of the dead. They are reminders that embed themselves in the everyday, making life absurd at one moment and horrific the next. Now Only is an exploration of how life is shaped by death, how even the most anodyne action is informed by loss, how nothing can ever truly be normal once normalcy has been shattered. With an unmatched ability to capture the nuance of grief, Mount Eerie delivers a record that is at once intellectual and yet entirely emotional, a patchwork of emotions that documents in staggering, candid detail the aftermath of a tragedy in which everything is transformed.