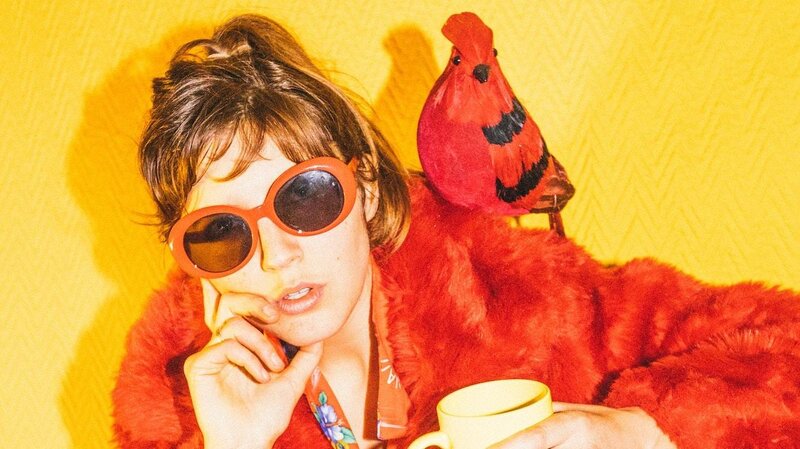 What do you do when you realise there’s a dearth of women and non-binary music producers? For Caroline Rose, the answer was easy. She became one.

Rose’s brand of spunky indie pop is inspired by artists as wide-ranging as Blondie and Britney Spears, drawing cultural references from across time, genres and fashion, tying them together in a neat post-capitalist package. On her newest track, the punchy ‘Bikini’, Rose takes aim at the chauvinist entertainment industry through the medium of retro pop-punk.

Though ‘Bikini’ adopts an ironic vintage sound, the theme of the track could not be more relevant to the modern day. When Rose sings “We’re gonna give you everything you’ve every wanted… All you’ve gotta do is put on this little bikini and dance,” it’s hard not to think of the recent scandals that have dogged the entertainment industry. Rose’s track is a savage critique of the misogyny and chauvinism still rife in all corners of society, with men in power continuing to prey on young, ambitious women. Though this is clearly a hefty topic to grapple with, Rose wraps it up in layers of eye-rolling kitsch, thrashing it out with sardonic aplomb.

‘Bikini’ is a reaction to modern sexism, but also an exasperated sigh that this shit has been going on for so long. With the 60s-inspired rhythm, Rose points to the past while reminding us attitudes haven’t changed all that much in the intervening years. Somehow, this frustration manifests itself into two and a half minutes of buzzing indie pop, Caroline Rose proving herself a capable melody maker as well as a convincing mouthpiece for a generation of women who have been putting up with this shit for far too long.