This new Sting and Shaggy collab is amazingly dreadful 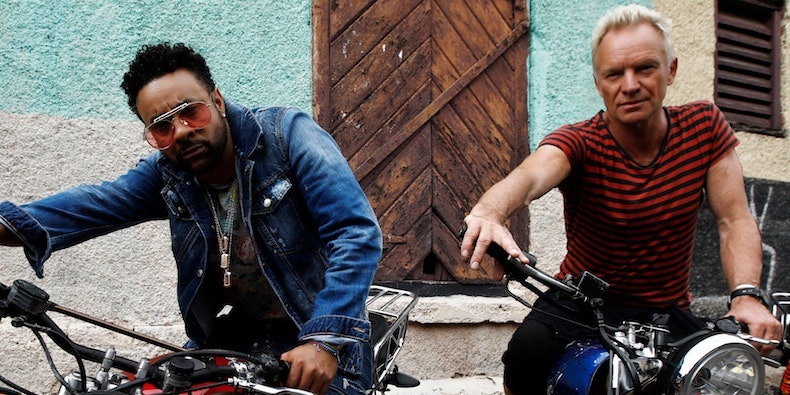 When Sting announced his upcoming duet with Shaggy, hopes were not particularly high. Because what’s the big idea here? A collab between an embarrassingly earnest 80s singer and a novelty act from the 90s? Where is the crossover appeal? Who, exactly, is this collab for? It’s like some record label exec at their wits end put the names of every waning pop star in a big hat and pulled out two at random, thinking “fuck it, this’ll do”. Because it’s not like Sting or Shaggy have much else on their plate nowadays, is it? It gets even weirder is when you find out this isn’t even a one-off – Sting and Shaggy are doing a whole album together! A whole album! Of this!

Anyway, the result of this baffling meeting of minds is ‘Don’t Make Me Wait’, a track that blends the gravelly-voiced ridiculousness of Sting and the unchanged rap stylings of Shaggy. For some reason.

It’s hard to imagine how a duet between these completely polar artists might sound, and ‘Don’t Make Me Wait’ answers this question with a definitive ‘not good’. Because of course it’s rubbish. The sum of two rubbish artists does not equal a hit, does it?

‘Don’t Make Me Wait’ is a reggae-light acoustic track that bobs aimlessly along, switching between a bland chorus and clunky verse. Neither artist shines here – Sting sounding absolutely ludicrous singing solemnly to the soft reggae beat and Shaggy’s lyrics reading like the desperate efforts of a man trying to win back his ex-wife through the medium of hastily-penned rap couplets. A particular highlight is Shaggy’s assertion that “This is more to me than just hittin’ it,” surely a sentiment every woman longs to hear. There’s really no romance to be found in the pair’s begging, their attempt at a love song reading more like a letter from a persistent office pest, Sting’s repeated plea of “Don’t make me wait,” quickly followed up with an “I don’t want you to think I’m rushing you,” as though already pre-empting the warning letter from HR.

It’s mind-boggling how this ill-fitting pair ended up together. Is this the result of a lost bet? Or perhaps a high-stakes dare? Surely this is the only explanation for this bizarre – and spectacularly crap – duet, a collaboration that literally no one asked for.