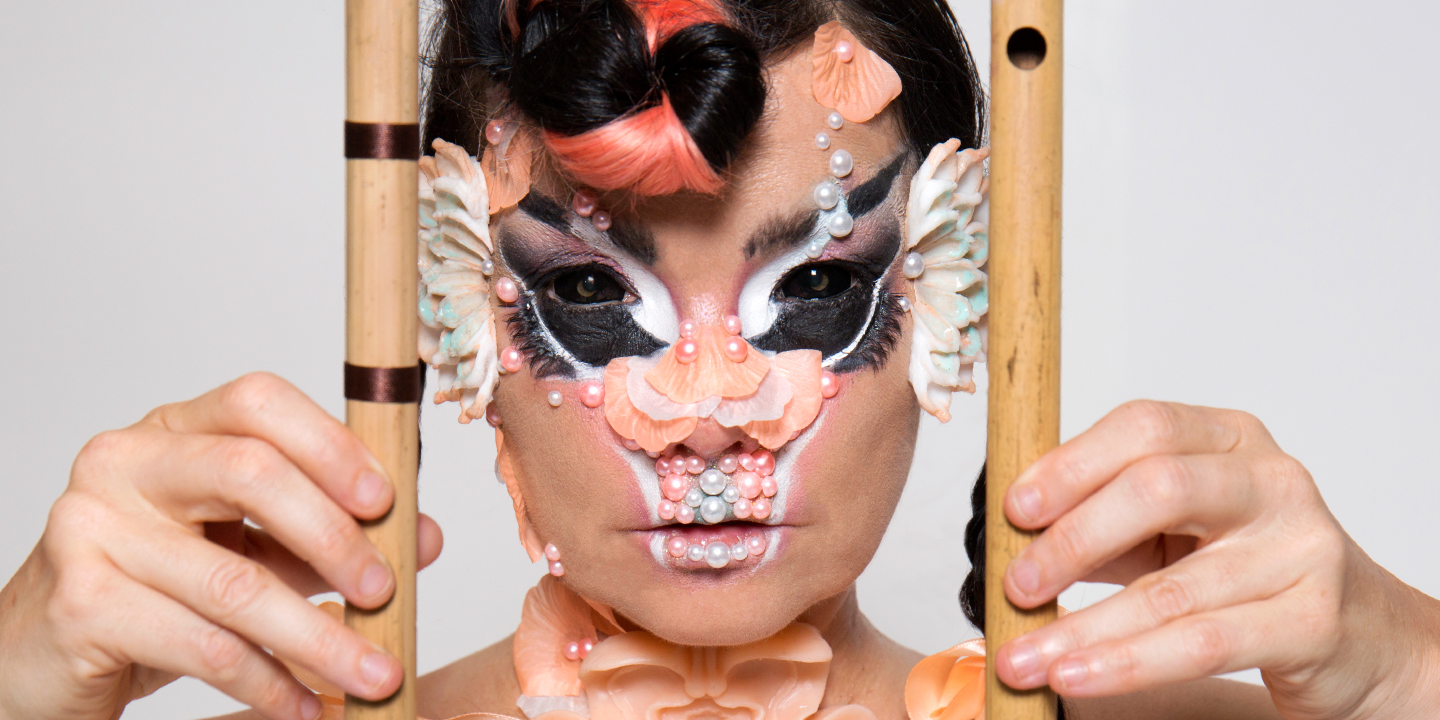 Björk’s new album sees her break free from the shackling grief of 2015’s Vulnicura and emerge butterfly-like into a new world of opportunity, wonder and love. Utopia is an album that celebrates the blossoming of a new romance, gasping at the euphoria that comes from the touch of someone new and delighting in the joys of exciting sex. It’s a record that Björk described as her ‘Tinder album’, a phrase the media have jumped on and run with, neglecting the fact this neat soundbite is only reflective of half the album. While the first half of the record sees Björk bask in her idyllic open-chested paradise, the second grapples with issues of patriarchy and toxic masculinity.

Björk’s relationship with feminism is a complex one. Her initial reluctance to label herself a feminist likely stems from her Icelandic roots where sexism is less ingrained in everyday society. “I was lucky enough to grow up in a society that is not so racist or sexist or all these things,” she said sometime around the mid 90s. “We’ve got the most women in Parliament in the world, the head of Parliament is a woman, the President used to be a woman. The amount of women in high positions is the highest in the world.”

It took some time for Björk to sympathise with modern feminism. In fact, it wasn’t until 2015, during the promo cycle for Vulnicura, that she began to call out sexism in the music industry. Tired of having her male colleagues constantly given credit for her own production work, Björk spoke out in a series of interviews about the media’s reluctance to credit female producers. “I didn’t want to talk about [feminism] for 10 years,” she told Pitchfork, “but then I thought, ‘You’re a coward if you don’t stand up. Not for you, but for women. Say something.'” More recently, she also praised the bravery of the women sharing their accounts of sexual assault as part of the viral #MeToo campaign, offering her own memories of alleged harassment at the hands of director Lars von Trier while filming the 2000 film Dancer In The Dark.

But Utopia marks the first time Björk has brought feminism into her music. It’s a theme that is introduced late, not becoming clear until track 9, but dominating the remainder of the album. On ‘Sue Me’, the album’s stand-out track, Björk speaks directly to her ex-partner and father of her daughter, Matthew Barney. The track is a reference to Barney suing Björk in 2015 for more ‘equitable custody’ of their daughter, something Björk rebukes with the defiant chant of “Sue me, sue me, sue me all you want / I won’t denounce her origin.” It’s no secret Björk reserves a special type of ferocity for defending her children, something that became apparent back in 1996 when she beat the shit out of a reporter at Bangkok airport for trying to talk to her son, and this fierceness has gone nowhere in the intervening years.

‘Sue Me’ serves as a trampoline for Björk to talk about feminism in a broader sense, moving on from her personal experience and into a more universal discussion of what a feminist future would look like. On ‘Tabula Rasa’, Björk talks directly not only to her own daughter, but to daughters everywhere. The term ‘tabula rasa’ comes from Latin, meaning ‘blank slate’, and here Björk calls for a fresh start, free of masculine dominance. Though she speaks tenderly to her own child, she is also in the mood for revolution. The lines “Let’s clean up: Break the chain of the fuckups of the fathers / It is time: For us women to rise and not just take it lying down / It is time: The world is listening” serve as both a statement of solidarity and a call to arms.

The utopia Björk constructs is a distinctly feminine one. On ‘Saint’, she sings of a comforting female presence who tends to people in their time of need. The saint is a personification of music, here taking on a distinctly feminine persona as Björk sings “She reaches out to orphans and refugees / Embraces them with thermal blankets.” ‘Saint’ is the gentlest song on Utopia, a soothing, almost hymnal, track built around a calm flute melody. It is the opposite of the craggy, hostile arrangement of ‘Sue Me’, both in its sound and lyrics. The benevolent feminine protagonist is in stark contrast to ‘Sue Me”s selfish, dominating male presence, Björk suggesting that her imagined utopia will be built by women and free of the narcissistic, litigious greed of men.

The album’s final track, the glistening ‘Future Forever’, serves as Björk’s manifesto for the future. She urges the listener to “Imagine a future and be in it,” asking them to “Hold fort for love forever”. This line is reminiscent of a quote she gave to The Guardian in light of Donald Trump’s ascension to The White House: “He got elected when I was two years into the album,” she said, “and I felt like, OK, it’s really important now to be intentional. If you feel this world is not heading the right way, you have to be DIY and make a little fortress, over here to the left.” In the face of this (male-perpetuated) hatred, Björk seeks shelter in her utopia, a world of her own creation where she can “Build a musical scaffolding”. But rather than turning her back on the world, she is asking the world to embrace her vision for its future, a vision based on love and empathy. As in ‘Saint’, she stresses the importance of feminine input, yearning longingly to “Weave a matriarchal dome,” suggesting a dismantling and rejection of the traditional patriarchal structure in favour of something completely new.

Utopia sees Björk finally comfortable in her own brand of feminism, looking to the future at a time when global equality has been achieved. It’s an album that condemns male fuckups, but also one that’s full of hope, believing that one day the patriarchy will be destroyed for the benefit of our daughters and their daughters’ daughters. It took a series of personal encounters with a patriarchy she thought no longer existed to awaken her to the need of modern feminism, and Utopia serves as Björk’s late but intelligent, considered and personal clarification of her beliefs. The utopia she constructs on her ninth studio album may still be a  fantasy, but with dedication, empathy and the bravery to abolish our outdated systems and start afresh, Björk suggests it’s only ourselves that are preventing its realisation.