Call It What You Want – Taylor Swift – Review 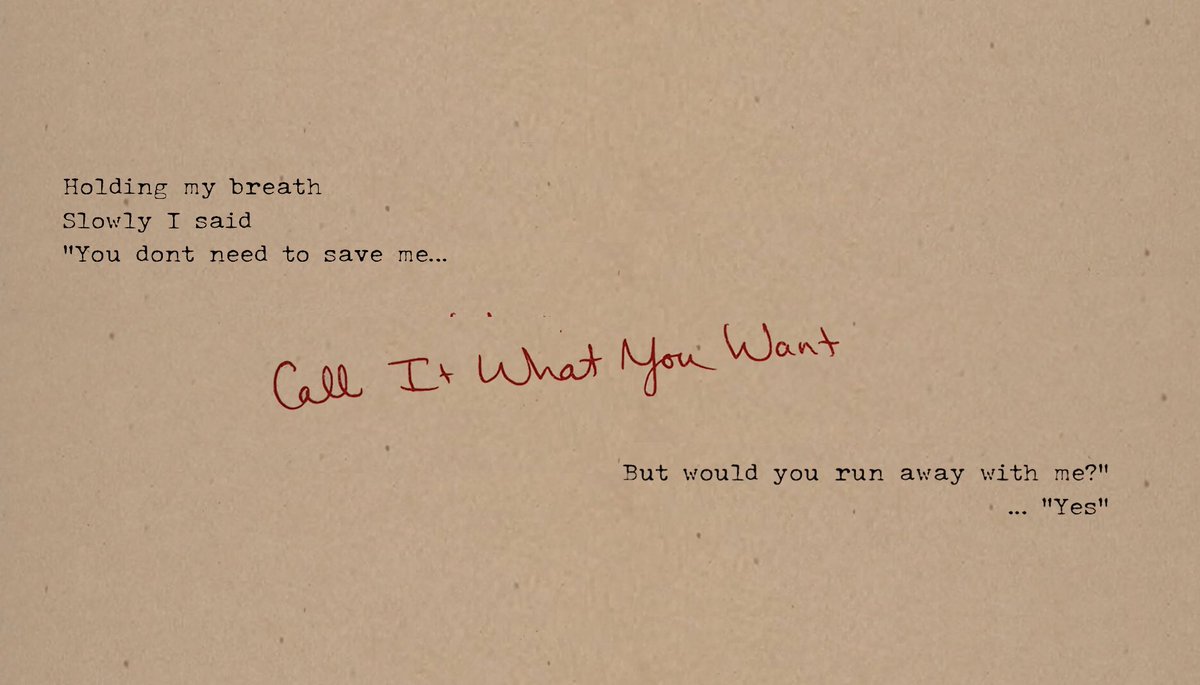 Who is Taylor Swift? Like, right now, who is she? Is she still doing the vindictive witch thing we saw in ‘Look What You Made Me Do’ or is she back to her cutesy love song roots as suggested by her last release, the rather limp ‘Gorgeous’? Because although Swift heralded the beginning of her Reputation era with a strong manifesto, every subsequent release has strayed further and further from it.

On her latest effort, Swift stays true to the minimalist structure of her salty battle anthem but sweetens it with a heavy dose of Swiftian sap.

‘Call It What You Want’ makes for an interesting marriage between new Swift and old Swift. The sparse arrangement reflects the brutalist structures of ‘LWYMMD’ and ‘…Ready For It?’ while lyrically, this is Swift at her most traditional, harking back to her earliest material. It’s a track that focuses on fairytale romance, Swift never having lost her knack for penning a saccharine love song riddled with clichés (“I brought a knife to a gun fight” etc etc). These are all familiar tropes for Swift, with mentions of castles, storms, daydreams and running away all dusted off and reused.

That said, there are the tiniest glimmers of new territory. “I want to wear his initial in a chain round my neck,” she sings, before hastily adding “not because he owns me, because he really knows me.” It’s the slightest nod towards Swift’s often professed but rarely demonstrated feminist leanings, one of very few original lines in a track constructed almost solely of empty clichés.

Despite ‘Call It What You Want’ being a love song, there are still signs of bitterness from Swift who isn’t done taking swipes at her naysayers. “The liars are calling me one,” she sings, in a reference to her ever-increasing number of frenemies that range from Kanye West to Katy Perry. In the end, though, Swift assures us it doesn’t really matter whether she’s loved or hated by the public, because her boyfriend is really cool and hot, or something along those lines. It’s not an especially interesting sentiment, but it’s befitting of an equally uninteresting track, one that sizzles along with neat, clipped production but lacks anything in the way of bite. For all her admirable efforts to move in a new direction, Swift’s latest track (and the few before it), sadly fails to live up to her own very high standards. If we’re calling it what we want, we’d have to go for ‘underwhelming’.