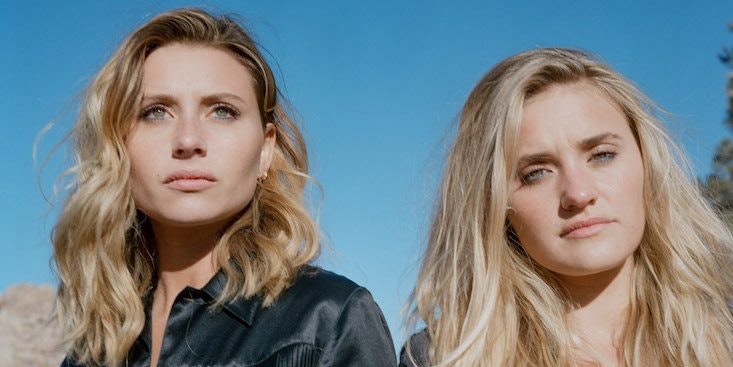 The Michalka sisters are back on their bullshit. And by bullshit, I mean making very good pop music. Aly & AJ are nubile pop shapeshifters, having straddled and mastered a range of genres since their mainstream breakthrough ten years ago. ‘Potential Breakup Song’ was a whirlwind of teen angst and autotune packaged into a sensational pop track that came dangerously close to being perfect. A while later, the sisters rebranded as 78Violet, a short-lived indie project that produced the wonderfully weird ‘Hothouse’. Now, as we saw with their most recent release ‘Take Me Out’, Aly & AJ are embracing the luscious synth sounds of the 80s.

New track ‘I Know’ is just as accomplished as the understated ‘Take Me Out’, another chic, atmospheric synth-pop track that feels like it should be soundtracking a euphoric love scene between Nancy and that floppy haired lad on Stranger Things.

‘I Know’ is a soft and twinkly pop tune built on cushiony synths, like the musical equivalent of a cosy pillow fort where you can curl up into a nice little ball and just sleep for a hundred years. “Who really cares about tomorrow? It’s gonna be fine,” Aly & AJ assure us, quilting us in their lovely security blanket where everything is OK and, for some reason, tinged in 80s nostalgia.

Aly & AJ have already proved themselves expert pop chameleons, but ‘I Know’ is further evidence of their enviable skills. Their latest track doesn’t sound like two sisters playing at synth-pop, but two musicians at the peak of their abilities. A quietly uplifting track, ‘I Know’ is yet another hugely satisfyingtune from Aly & AJ, surely among the most underrated pop heroes of our age.