The 02 must be sold-out; or near enough. The venue is rammed and the crowd is getting lairy; with two people ejected from the front rows before Dua Lipa even gets to the stage. The festival atmosphere pervades a night of riotous, diva pomp-pop.

Opening with a dramatic, drum-heavy rendition of ‘Hotter Than Hell’, Dua Lipa provides a high-energy rundown of her debut album. Dua is dressed according to this wonderful new fashion whereby a performer wears what is essentially a large bra, with the baggy cargo trousers of a disgraced geography teacher. Some people can literally look good in anything.

Accompanying her are a small team of musicians providing live drums, bass / synthetic bass and keys / guitar. This in itself is something of a statement, as many pop divas would head to the stage alone, relying on electronic playback rather than a backing band.

However it proves a justified decision. Dua Lipa (the debut album) released earlier this year was slick, sometimes a little too slick. Some songs are notably improved here in a beefed up, rhythm heavy live setting. Particularly opening track ‘Genesis’ and sassy kiss-off ‘IDGAF’, which sound a little anaemic on record, sound great here.

Martin Garrix collab ‘Scared To Be Lonely’ is the most transformed. Played live the song takes on the driving, uplifting tone of a Coldplay song (a good one that is).

The visuals are simple but effective, with a large trapezoidal visual display flashing arty shots of Dua (she was a model after all) along with simple vignettes and loops. They do not inform much of the song (with the exception of the ‘Message to Fuckboys’ preceding ‘IDGAF’)  but certainly provide an extra dopamine burst. The thin strips of light and runway chic left me thinking of The Neon Demon.

By the time Dua closes the show with her two biggest hits, the stark neo-pop ‘Be The One’ and certified banger ‘New Rules’, she has flexed the surprising depths of her high-energy pop debut, as well as her own strengths as a crowd-pleasing live performer. 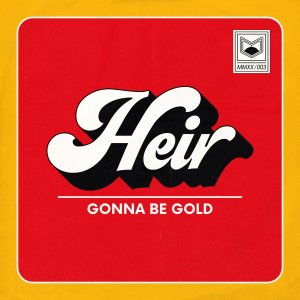