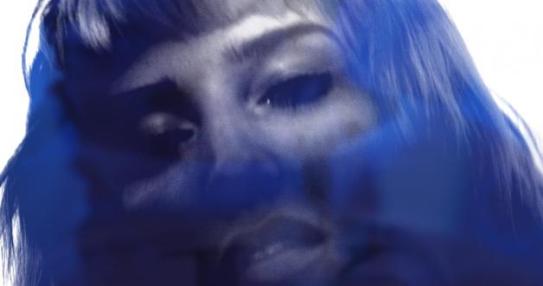 In another life (and another mag) back in 2014, Indiana was one of my favourite breakout acts. Dark, staccato electro-pop between Banks and the Chromatics, her debut No Romeo was bruised, atmospheric electronica for restless nights.

A lot has changed in the past three years; the world of pop has moved further into Indiana’s neck of the woods. 80s tinged, minimalist pop abounds in the current market, but it’s time for the ice queen to reclaim the throne.

‘Bad Luck’ is at once akin to and entirely, impressively far apart from anything Indiana has released. Musically, the brittle synthetic bass and brooding tone are familiar, but her vocals are a revelation. No Romeo strove to be icy but often Indiana’s sweet vocals bellied an inner good nature. Within the first thirty seconds of ‘Bad Luck’ Indiana has already appeared in a range of vocal guises ranging from black humour to glaring intensity.

The production too is a cut above: not only on her vocals, which swim in glitchy distortion and analogue, robotic intonation, but on the track too, which gradually pulls into its orbit a series of swirling synth samples, one of which sounds like a reference to aussie synthwavers Power Glove’s Blood Dragon work. If it is – brownie points are in order.

The return of Indiana has been long awaited and we cannot wait to see what else she has in store.