Jake Paul and the rise of the YouTube dickhead

Every generation has their way of settling beef. Cave men would club one another to death. 18th Century dandies might challenge you to a duel for the hand of some fine-ass Countess. 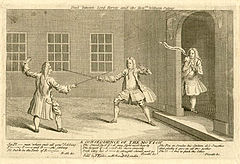 The mods and rockers used to kick the shit out of each other in a field. YouTubers have embraced the age of convenience: they settle their beefs with rap tracks. And it’ll have you longing for the days of Cro-Magnon violence.

On May 30th, YouTuber and (former) Disney Channel stalwart Jake Paul released a rap track: ‘It’s Everyday Bro’, wherein Paul bragged about his mastery of the daily vlogging game. It is one of the most embarrassing things you will see on YouTube – a bold statement considering the site hosts My Little Pony unboxing videos and the Numa Numa Boy.

Jake Paul proved the face to launch a thousand memes – with every other line providing another iconic soundbite (“Disney channel flow” / England is my city…you know we stay litty!” / Who the hell are flippin’ you?”). The video was soon seized upon as viral meme du-jour, and rightly so. Unwittingly, the thick-headed tween had created a sensation.

The fallout from ‘It’s Everyday Bro’ came in many forms. Paul was dropped by Disney, but became the most talked-about person on Youtube. His antics; burning a mattress in his pool, inciting swarms of fans to congregate all-hours around his home in Beverley Hills, attracted mainstream news attention.

YouTubers bragging about their cash-money lifestyles may be hilarious to us normies, but it’s been going on for a little while. The Jake Paul fiasco has led to a swathe of new YouTube rap videos: ‘diss tracks’, where vloggers call out other vloggers over a sample beat from stockmusic.net. Biggy must be turning in his not inconsiderable grave.

The ‘diss track’ epidemic truly began with the abdication of prominent British Youtuber KSI from his collective ‘The Sidemen’, a group of like-minded vloggers living in a big house together: think The Brady Bunch for the iPad generation. His acrimonious split with the group was soon followed by the traditional response – a music video, in which he appeared to tell one of them to fuck off.

What followed can only be described as a clusterfuck of cringe, with disses flying around, reactions, reactions to reactions, and a true firestorm of millenial scorn.

The neutral viewer, you and I, are left completely lost. I feel like the crusty dad in That 70s Show. Who are these kids? Why are they beefing? Where do they find such even lighting? Can’t they afford better instrumentals?

Certainly ‘beef’ is the bed rock of rap. But the guys in the old days were usually beefing about something pretty fundamental. The West Coast / East Coast beef that started in the early 90s was basically a competition for resources. Labels began picking up West Coast talent. The rap scene had always been Brooklyn-centric. A rivalry ensued.

I understand that. Why diss-tracks have become to go to response of click chasing young Youtubers, with plenty of exposure to go around, is beyond me. The only obvious positive here is the huge boon to home producers this glut of indignant Youtubers, eager to record, may represent.

But then if there’s clicks in it, I suppose anything is game. Is the beef real? Should we care? No & No.

Now get off my lawn.