Stripping it down: Ranking every 1D solo debut 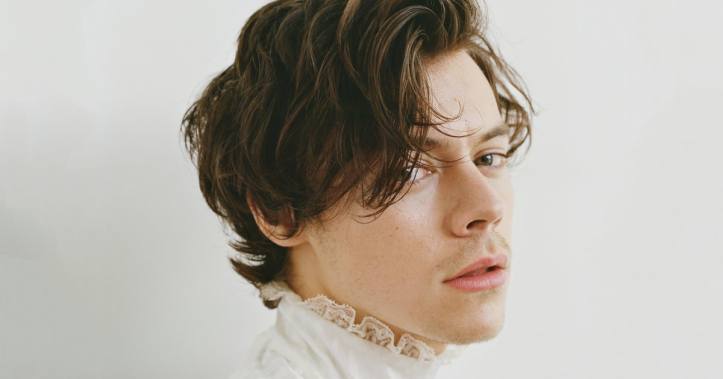 Though One Direction never went down the Spice Girls route of having their own branded personas, each member was nevertheless pretty different. Well, as different as five twinks in skinny jeans can be. It makes you wonder, though, what names they’d have plumped for had they taken a page from the Spice Girls’ book of successful pop bands. You’d have Mysterious Direction, Blond Direction, Perfect In Literally Every Way Direction, “I Am In Fact Straight” Direction and Other Direction. A winning combination.

Anyway, now that all five directions have spun off in their various ~*~directions~*~, we have a basic oversight of what their future solo careers will sound like. But whose debut was the best? I did some investigating to find out.

Fun fact: Liam Payne has never been rowdy in his entire life. Not only the dullest member of One Direction but also possibly the dullest human ever, Liam is a middle manager at a Middlesborough based paper supplier who accidentally became a pop star. His solo debut was an unconvincing attempt at RnB aided by hip hop douchebag Quavo. Name a less iconic duo, I’ll wait.

Wee Niall was always going to go down the singer/songwriter route, and were he not in 1D he surely would have been pulling out his guitar at parties to perform renditions of Wonderwall that nobody asked for. ‘This Town’ is very similar to One Direction’s ‘Little Things’, and is exactly what you’d expect a Niall Horan solo single to sound like. It’s not unpleasant, but not especially interesting either, a fairly flaccid introduction to a solo career that’s unlikely to have many surprises in store.

It’s not that ‘Just Hold On’ is a bad song, it’s just a little perplexing. Louis always seemed like the type to embrace American style pop/punk. I imagined him knocking together a band and releasing a few Blink 182 rip-offs before developing a pretty hefty crack habit. Instead, we got a bit of EDM masterminded by Steve Aoki. Louis’ voice actually fits the song pretty well and, out of all the 1D boys, he’s the one I most want to exceed expectations and produce something properly amazing. The trouble is, Louis doesn’t really seem to know what he’s doing – or why he’s doing it for that matter – and his latest solo track ‘Back To You‘ suggests that he might not be in this for the long haul.

Possibly the most hotly anticipated of all the 1D solo efforts, ‘Sign Of The Times’ is a cinematic – and bloody long – introduction to the bombastic dad rock of Harry Styles. Now, ‘Sign Of The Times’ is not a great song, and certainly one of the weakest tracks on his impressive debut album, but I will not allow anyone to speak a word against this man, this pure soul who was put on this earth to be kind to people and look good in flowery shirts. Just knight him now tbh, or go right ahead and canonise him. It’s gonna happen sooner or later anyway.

The fact is, all of the debuts from the 1D lads have actually been bettered by their second or third singles. But while none of them did a great job picking their best song as their debut, there’s no doubt Zayn chose the most radio-friendly and on trend of the bunch. A sweaty RnB sex anthem that scored him a number one hit on both sides of the Atlantic (something 1D never achieved), ‘PILLOWTALK’ heralded the birth of a new pop superstar, complete with supermodel girlfriend who clings to him like a particularly persistent leech throughout the video. With his mystique, vocal prowess and raw sex appeal, Zayn turned out to be the embodiment of the perfect pop star, a man with the world at his feet and there for the taking.