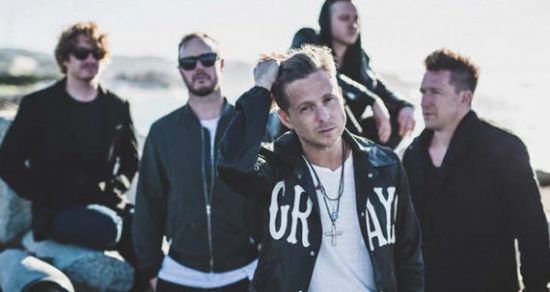 Do you remember when a Scandinavian producer was a surefire sign a song was going to be really, really good? Nowadays, with the likes of Kygo, Galantis and Martin Jensen polluting the airwaves, it’s more a signal that a track is going to be extremely generic. Bubbly dance beats and anonymous vocals are guaranteed, with a looped instrumental chorus thrown in to tie it all together. And that’s exactly what we get on new OneRepublic track ‘Rich Love’, featuring Norwegian production trio Seeb.

Can we just stop for a second and consider the name ‘Seeb’? Apparently it’s the amalgamation of the initials of the group’s two founding members, but can we all agree it sounds kind of like a dick disease? Like, isn’t it a horrible word? Seeb. I have a bad case of seeb. My dick has got the seeb. Don’t come near me please, I am ridden with the seeb. Anyway here’s the song.

So what is to like here? You have to listen to ‘Rich Love’ a few times to find its merits, of which there are admittedly very few. It sounds extremely like a Chainsmokers song which, as we all know, is never a good thing. At its core, ‘Rich Love’ is a deeply unoriginal dance track that relies on terrible lyrics (what the shit does ‘Broke as a bottle of wine’ mean??) and a repetitive chorus, the song sounding like a checklist of every awful trend currently dominating the charts. It’s a calculated attempt at scoring a hit at the expense of surrendering all authenticity and innovation. But then that was never really OneRepublic’s forte anyway.

‘Rich Love’ is not terrible, it’s just extremely forgettable. You could listen to it on loop without ever actually hearing it, it just sort of lingers in the background like the hum of an air-conditioning unit or an office fan. Lead singer Ryan Tedder’s voice sounds bland and characterless and the track is another example of the group’s senseless genre-hopping, morphing them into yet another faceless pop group that will surely disappear altogether once this annoying Euro-dance fad blows over. Which thankfully, it will.

Rather than rejuvenate the stale OneRepublic brand, ‘Rich Love’ only reveals a band who are fresh out of ideas and, in all likelihood, on their last legs.