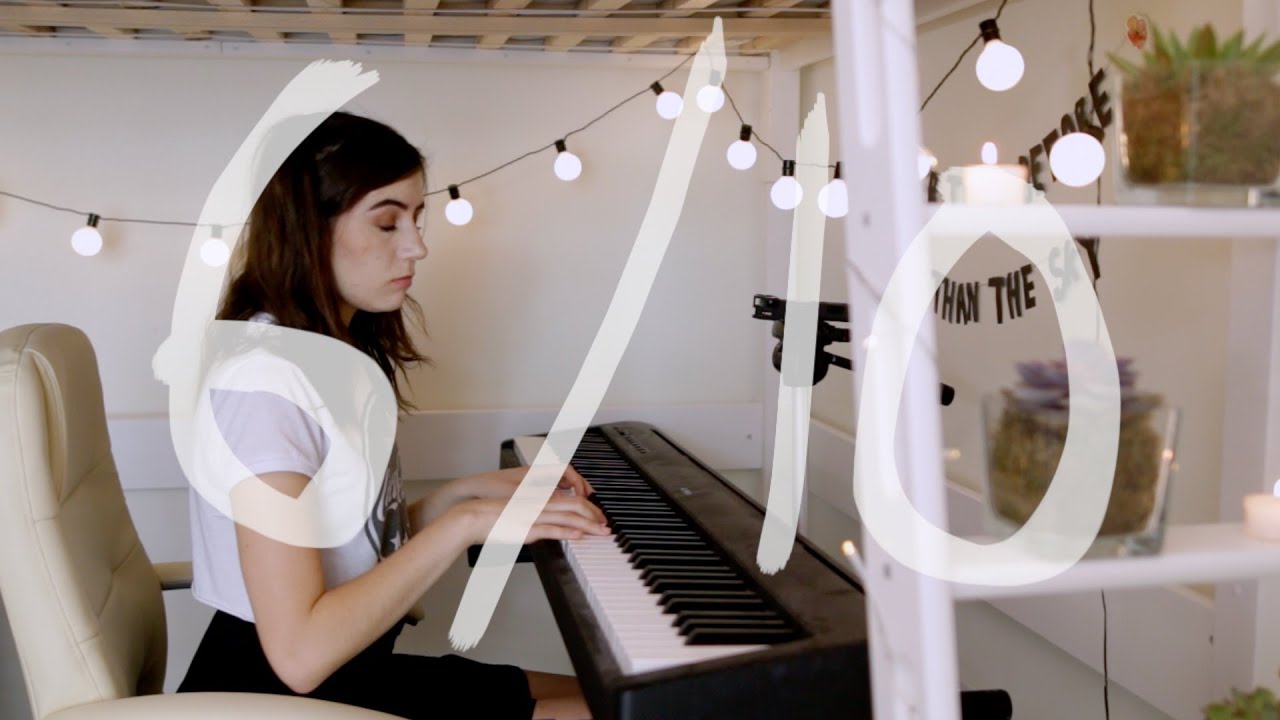 “I feel like a 6/10” sings dodie (lower-case D muy importante, apparently) in the opening lines to ‘6/10’. And same, tbh. On a side note, here’s a question for any scientists out there. How is it in some mirrors I look like a solid 7/10 but whenever I open my front camera I look like a 3? Riddle me that, please.

dodie is the cutesy stage name of Dodie Clark, a fairly big deal on YouTube, according to my lazy research. Immediately this kind of puts me off – YouTube musicians have form for being unrelentingly terrible, for some reason believing that a ukulele and an Instagram account means they should release an album – but dodie seems to be an anomaly. I’m basing this solely on one song, however, and I haven’t watched any of her YouTube videos because people who make YouTube videos for a living tend to be gross. So let’s stick to the tune, shall we.

‘6/10’ kind of screams ‘first world white girl problems’, but that isn’t really a criticism. Music has to tackle the minutiae as well as the grave. For every PJ Harvey harping on about war crimes and colonialism we need a dodie who’ll tell us that being sort of average looking is the worst thing in the world. For what it’s worth, though – and I know this isn’t the point but hear me out – having seen photos of dodie, she’s obviously a bit more than a 6/10 which does make the song a bit annoying. It’s like when Jennifer Lawrence bangs on about eating pizza and being a slob as though she’s not a skinny, beautiful Hollywood star.

That said, there is something fantastic about the line “Is there pity for the plain girl?” It’s so wallowing and unaware that it’s kind of genius. Because let’s face it, sometimes being plain really does feel like the worst thing in the world. Even though you know it shouldn’t, it just does. And that’s what’s good about this song. It embraces that self-pitying feeling and vocalises it over plinky piano and mournful strings. “I know that you don’t want me here,” dodie chants in an anxiety-inducing mantra before the song dissipates in an echoey hum of hushed vocals and piano.

‘6/10’ could only have been made by a white Youtuber (just saying that word makes my tongue feel fuzzy), but don’t let that ruin it. As an ode to feelings of insufficiency in a society that priorities perfection and a Millennial take on modern vanity, it’s pretty spot-on.