Spread like a buffet: Has pop reached peak sex? 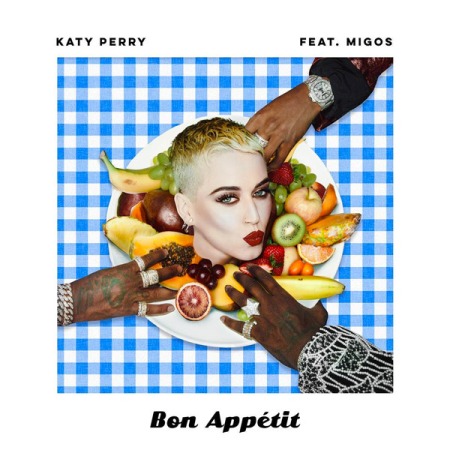 “Sex Sells” – an adage for the ages and one that explains the enduring success of the Freddo bar. Pop music relies on sex now more than ever. In one week we had two new singles dedicated, none too delicately, to oral sex. Jason Derulo’s dreadful ‘Swalla’ and Katy Perry’s ‘Bon Appétit. That’s just the way of things: it isn’t interesting to write broadly about the sexual experience anymore, you have to be specific.

That’s why you get these weird fads in pop music. Like the Booty Wars of 2014, wherein every viable pop star still breathing raced to write a song about girls with big bottoms. The onslaught was deafening with J Lo (‘Booty’), Jason Derulo (‘Wiggle’), Nicki Minaj (‘Anaconda’) and Meghan Trainor (‘All About That Bass’) all releasing within months of one another.

Pop music has been hopelessly intertwined with sex since it’s inception as a medium. Lest we forget it was The Beatles who sang “She was just seventeen / You know what I mean“. We still don’t know what they mean.

The question is not why, but how far? Can music get more blatant? Will the pop music of 2029 just be a series of rude words and epithets string together by a beat?

Oh wait, these are just lyrics from an actual Big Sean song.

We’ve certainly come a long way from when my Mam used to tell me off for singing along to ‘Freak Like Me‘.

The honesty of sex in pop is reflective of a greater discussion and familiarity with sex in society. Perhaps you think all was better when the radio was censored and squeaky clean, but society was no more virtuous. The smuttiness of pop music is just the fruits of a society engaged in a more democratic sexual dialogue.

Doo Wop was skanky too. Have you heard that ‘Lollipop’ song? Bon Appétit indeed.

If sex in pop music is here to stay, is that a problem? Yes and no. It really depends who it’s coming from.

Take ‘Into You’ by Ariana Grande. It’s explicitly a song about sexual longing, but Ari’s take on it is interesting. She wants him to make the first move, and yet it’s her who has control. She wants to have her cake and eat it, and there’s power in that. And yet, there’s a little sadness to it too. It’s a complex tangle of emotions and a fantastic pop song to boot.

‘Anaconda’ is another good example. Similarly blatant, but with all the nuance zapped right out and replaced with sheer bravado. Hearing a women rap about using men with such disregard for standards of good taste or gender constraints makes for an empowering listen.

The problem is mostly with the men. And it’s pretty much every other music video in circulation, but a typical example is this Enrique Iglesias track where every fully clothed man has three or four scantily clad (and drastically younger) women around to unsmilingly gyrate in their faces. It’s a horribly pandering message of masculine authoirty that echoes throughout the music biz. That has to go.

So no, pop music has not reached peak sex, and never will. Pop will always mirror and parody the trends of youth culture. We just have to strap in, and get ready for a never ending succession of ham-fisted euphemism that we will only grow less capable of understanding. That’s the truth isn’t it: pop music just never grows up, even after we do.