Golden albums of the 00s: ‘Vespertine’ by Björk 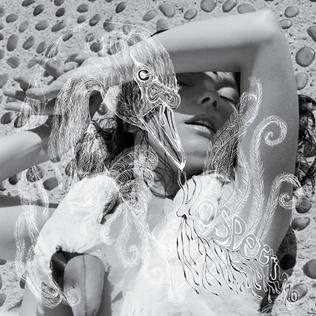 Of Björk, Thom Yorke once said: “She was born with a voice that’s very sexual but, at the same time, very childlike.” Never has this been more evident than on her fourth studio album Vespertine. A spellbinding record alive with childish wonder and raw, uncensored eroticism, Vespertine saw Björk turn inwards for inspiration, cocooning herself in domestic pleasures, emerging with a collection of dreamy, nocturnal tracks that sizzle with intimacy.

Vespertine heralded a new era for Björk, one that would be characterised by reticence and solitude. During the 90s, her image was very different. Known for her loud, unconventional style and leftfield dream-pop songs, she was often caricatured as a barmy, alien-like oddball by the press. But by the end of the Homogenic era – an album that Björk describes as ‘extroverted’ – all of this changed. Björk drew into herself, seeking the comfort of more familiar things, and delving further into musical experimentation.

In 2000, recording began for Domestika, the album’s original working title. The name indicates Björk’s desire to create an album concerned with the minutiae of life rather than the big, expansive themes seen on the likes of Homogenic. The original title was later adapted for the name of a track that, although not included on the album, was recorded during the Vespertine sessions and later served as the b-side to ‘Pagan Poetry’. ‘Domestica’ sees Björk searching for her keys. Its an ode to banality, to life’s little details, Björk taking something insignificant and making it significant.

During the recording sessions, this amplifying of seemingly insignificant things was mirrored in the sounds and instruments. “I started collecting all noises that were tiny,” Björk said. “The key to what we were looking for was taking something very tiny and magnifying it and it gave you the sensation you’d been told a secret. You get this feeling you’re being trusted for some inside information.” Rejecting the dominating basslines and heavy, industrial production of her previous albums, Björk now turned to everyday objects to create sounds, ranging from ice cubes to packs of cards.

“We couldn’t leave the house,” Björk said. “We had to find all the instruments we needed for each tune on the inside. We needed glacier fields so [production duo] Matmos took the plastic cup you put in freezers to make ice cubes and they would do a percussion solo on that where it would crack up and melt.” The results are deeply affecting and hauntingly intimate. ‘Aurora’ begins with the crunch of footsteps on snow while on ‘Cocoon’, there is the rattle of what sounds like a toaster. Not all of the sonic experiments were so successful however. “I remember a balloon solo that didn’t go down very well,” Björk later said.

The desire to make an album that was distinctly quieter from the rest of her oeuvre can be explained by Björk’s hectic schedule at the time of the record’s conception. She was filming for the Lars Von Trier film Dancer In The Dark, a role for which she would later be hugely acclaimed. However the filming process wasn’t easy. As well as being emotionally drained, Björk clashed with Von Trier on multiple occasions. Being in the spotlight and under such pressure was, in part, the reason for Björk’s introspection.  “Anything domestic became a paradise, this kind of untouchable, beautiful thing,” she said. “For the first time in my life I was very interested in emotional peaks that are very quiet.”

And Vespertine is an album full of emotions. ‘Cocoon’ explores mid-coital euphoria, the peak of orgasm and the feelings of safety and comfort that come with it. This is expressed in whispers, explicit, breathless gasps as she proclaims “He’s still inside me” in a sigh of contentment. On ‘Pagan Poetry’, there is a devastating moment as the track reaches its finale, when the music cuts out altogether, leaving Björk entirely exposed. “I love him,” she chants into the ether in a series of restrained declarations.

What began as a study of the trivialities of life grew into something else as recording progressed. Inspired by her blossoming romance with artist Matthew Barney – who, incidentally, would also come to inspire the 2015 breakup album Vulnicura – Björk began to write about sex, desire and lust. As the writer Mark Pytlik put it: “Björk had set out to write an album about making sandwiches. She’d ended up with an album about making love.”

As the subject matter for Vespertine changed, the musical arrangements advanced. She began to work fervently on microbeats, intricate rhythms that form the base of most of the album, skittering through the tracks, at times barely noticeable. She also enlisted strings for the bulk of the recordings. Having had an obsession with the harp since childhood, this was an obvious choice. But Björk still viewed these instruments as domesticated, staying loyal to her concept. “The character that made Vespertine is fictional,” she said. “[A] slightly, sort of, domestic creature that would play instruments like harps and celestas.” Using this character as her voice, Björk created a romantic arc that blended the themes of sex, nature, motherhood and love using her own relationships and experiences for inspiration.

With Vespertine, Björk weaved a rich tapestry, creating a soundscape that is otherworldly and yet somehow universal. Its intimate warmth and soothing, twinkly strings encourage the listener to turn inwards. At times its candidness can be startling, but this only pulls you in further, deeper into Björk’s nocturnal world of secrets and safety where the unspeakable may be spoken. It envelops you in its grasp, occasionally unsettling and uncomfortable, but always returning you to its secure embrace.

Vespertine is an album that shows you darkness but never isolates you in it. Björk guides the listener through torment and through wonder, holding their hand as they explore the snowy dream world she has forged, a vast, expansive place where emotion is stripped bare and exposed for all to see. At times a testing listen, and certainly one that requires a great deal of attention, this is also a record that rewards those who give it time. Vespertine is the sound of emotional peaks, but also the sound of an artist reaching their own, having scaled the mountain and found its apex, at the height of their creative abilities and showing no sign of ever coming down.