The best (and worst) Rihanna covers of all time 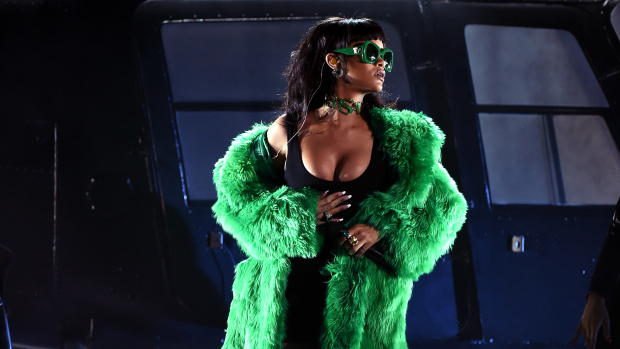 Rihanna is the Queen, the best pop star in the entire world. But you already know that. Over her years on the throne, Rih has picked up her fair share of famous admirers who have paid tribute by covering one of her many, many hits. While none have bettered the original, it’s fair to say some have been pretty good. Unsurprisingly though, many have been steaming bin bags full of hot human waste, tossed by the side of the road, leaking juice and kicking off a hellish stink. So let’s take a look.

‘Umbrella’ has all the makings of a good rock song, lending itself particularly well to guitar breakdowns and big drum solos. Manic Street Preachers add their distinctive sound to Rihanna’s signature hit, making it sound just like one of their own while staying true to the original’s vibrant pop sound. A storming revamp of one of the millennium’s most famous tracks, this is how to cover a Rihanna hit in style.

Indie rock babes The Kills ramp up the sultry, Spaghetti Western vibes of ‘Desperado’, stripping it back to just guitar and vocals. Alison Mosshart sounds so at home crooning over Jamie Hince’s brooding guitar, managing to do what was once thought impossible – making a Rihanna cover that’s just as sexy as the original.

Miguel’s slapdash rendition of ‘Kiss It Better’ stays loyal to the whining guitar and smooth R&B vibes of the original, but his soulful vocals offer something different from Rihanna’s icier version. That this performance is so rough around the edges only makes it more enjoyable, ‘Kiss It Better’ being a track that suits being drawn out and dissected rather than sung in one polished take. Miguel’s version takes inspiration from the rawness of Rihanna’s original, expanding it into something even more unruly but oozing the same sex appeal.

Little Mix – Love On The Brain

There’s no denying this is all a bit overly sentimental and overblown, but there’s something quite affecting about 30 Seconds To Mars’ take on ‘Stay’. Jared Leto’s gravelly vocals soar over soft piano, evoking classic rock power ballads, turning Rihanna’s fragile original into something a little more gutsy.

There’s nothing like Ed Sheeran to bring down a party. Rihanna’s triumphant ‘We Found Love’ becomes a sopping wet acoustic ballad here, Sheeran sucking all of the energy out of Rihanna’s storming original and replacing it with dour, white boy miserablism. A Sheeran speciality.

Jesus Louise Christ this is atrocious. ‘Work’ relies so heavily on Rihanna’s Bajan lilt that replacing it with this breathy rubbish strips it of everything that made it so special in the first place. Maynard’s super serious rendition is made worse by his embarrassing straight-boy lyric changes and a rap that is as misplaced as it is dreadful. The epitome of whitewashing, this really is the pits.

Ellie Goulding – Only Girl In The World

I mean, Rihanna really didn’t deserve this, did she? Ellie Goulding falters her way through a string version of Rih’s dance classic, her vocals weak and characterless. The arrangement itself is quite nice, though lacks the energy that is so vital to the original, but Goulding is flaccid and underwhelming, sounding under-rehearsed and shaky throughout. Just like Sheeran and Maynard, Goulding would have done well to stay in her lane and avoid covering a Rihanna track – the comparisons were never going to be flattering.