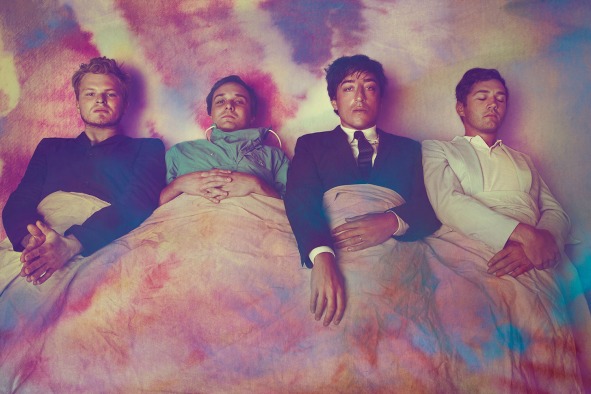 Brooklyn four-piece Grizzly Bear have revealed brand new track ‘Three Rings’ almost five years after the release of their last album, 2012’s Shields. Clocking in at just under five minutes, ‘Three Rings’ is a mesmeric meander through a hypnotic soundscape, subdued and subtle but alive with a quiet sadness, a longing and a plea to be heard.

Echoey sighs and soothing percussive beats make for a sound so thick with texture you could almost swim in it. But the waters of ‘Three Rings’ aren’t always so welcoming. “Don’t you ever leave me,” comes the repeated refrain, yearning and desperate, but with the distinct feeling that the writing is already on the wall. Resplendent with a glittering, captivating magic, ‘Three Rings’ heralds a welcome return from Grizzly Bear, reemerging from the wilderness at last.