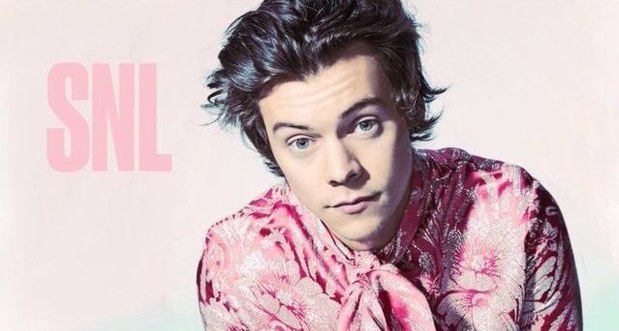 How many guitars can you fit onto one tiny SNL stage? Four, apparently, though why you’d want to is anyone’s guess. Not known for his guitar skills (that was always Niall’s territory) Harry Styles looks quite uncomfortable as he strums along to ‘Ever Since New York’, the new track he debuted on Saturday Night Live last night, but hey, doesn’t he look nice in a buttoned-down shirt?

Styles’ new track, his second solo release since ‘Sign Of The Times’, is another soft rock affair, a mid-tempo track built on a mesh of interweaving guitars. If I knew anything about Neil Young I’d say he were channelling him, but I don’t really know anything about Neil Young, so that may or may not be the case. What is for sure though is that Styles is aiming for something mature here, going for a slow burner rather than a quick pop fix.

The trouble with ‘Ever Since New York’ is that it doesn’t really go anywhere. Unlike ‘Sign Of The Times’ which, in my opinion, went to far too many places and should have been reeled in somewhat, ‘Ever Since New York’ would benefit from a little more oomph, a bit of meat on its bones, a proper chorus at least. Lyrically, there’s little to sink your teeth into, Styles seemingly singing about a doomed romance – some commentators have obviously pointed at Taylor Swift – but there isn’t much substance here. Then again, one overzealous commenter on Genius.com reckons Styles is making references to 9/11 so sure, read into it what you will.

‘Ever Since New York’ is surely an album track rather than a single and an odd choice to perform on a platform as big as SNL. That said, it will likely – or hopefully – make a little more sense in the context of Styles’ full-length LP, an album that is shaping up to be more dad rock than tween pop.