An Interview with Will Joseph Cook 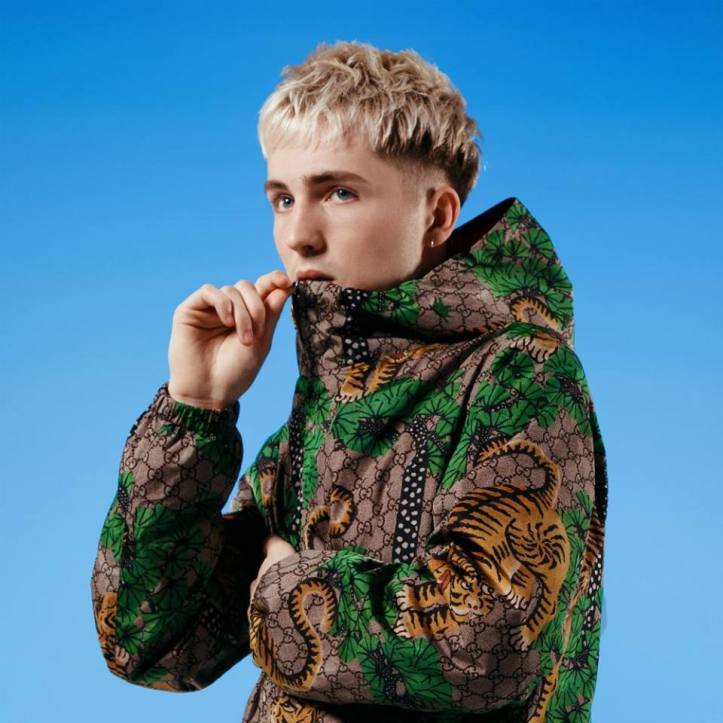 It’s a big week for WJC. Debut album Sweet Dreamer is due out on Friday. The tour starts next month. He’s playing at Reading & Leeds. All-in-all a big moment for alt-pop’s young ward. We spoke to Will through the miracle of telecomunnication and this is what he had to say.

HN: Sweet Dreamer is just days away from release. These must be exciting times.

WJC: “Yeah, it’s kinda weird. It’s been a strange past few weeks I guess, this sort of limbo preparation time for it coming out. I’ve probably had too much time to think about it so I’ll be relieved when it’s just out in the world.”

HN: We first heard of you through the video for ‘Take Me Dancing’. It’s still a favourite of ours. How did you come to write that?

WJC: “It was on the back-burner for ages. I had the chorus, had the chords and I knew the hook was going to be “Take me dancing“. I remember playing it to my girlfriend at the time, when I was 16 I think. It wasn’t until I started the album recording process, and compiled all my old ideas. Then it came together pretty naturally.”

“The whole thing seemed really visual to me and quite joyous. What the song is actually about is separate fictional scenarios. When you act spontaneously, or when there is this serendipitous moment and you act on it, and it comes out as one of the best decisions you’ve ever made. It’s a pretty positive song. I had all these scenes in my head so it was a very visual song to write.”

HN: Lots of people film in offices because it saves a bunch of money, but I really enjoyed all the visual gags in your video. Did you have fun making that? Looked like a good shoot.

WJC: “To be honest when music videos are filmed on a small budget, their always so stressful and so last minute. We’d done a few rehearsals and put together these dance moves. But we’d only scouted out the office once.”

“When they were going through it at the end of the day I was trying to pin down the team. I had these ideas, like for the Marilyn Monroe office fan scene which is one of the best bits, but they all came to me on the day. The team were like “Nah let’s rap up.” I had to convince them to get these last bits done.”

HN: What I enjoy in your songs is that they are densely written. There’s lots of weird and interesting imagery. I enjoy the central conceit in ‘Take Me Dancing’ which is about like, bottle banks and glass recycling. Where did that come from?

WJC: “I think it came originally from singing “bottle bank“. It was really satisfying phonetically.”

HN: Yes that is extremely plosive.

WJC: “It started out pretty nonsensical, but I thought that sounds too good, I have to work this into it. It’s sort of ridiculous, and sort of stupidly sentimental which is what I liked about it. It’s ironic because it’s sort of crap.”

“It’s not that romantic. It is of course but it’s over-the-top. If someone actually said that to you on like a third date, you’d definitely steer clear.”

HN: We caught you by accident when we covered Sundara Karma’s show in Leeds. I didn’t realise you were on the bill until like the day before. But you threatened to upstage them a few times. The crowd went absolutely nuts.

WJC: “The Sundara tour was great, but Leeds is like the second highest concentration of Will Joseph Cook fans. That’s where they all live. There must have been a particularly large cross-over of fans at that show.”

HN: “Yeah, there was crowd surfing and entire pints being flung around, and we hadn’t even got to the main act.”

HN: Clearly you’ve taken to live performance but how did you find adapting to studio work?

WJC: “Well for me it’s the other way round. I started in private on my own recording stuff. That’s definitely my comfort zone. I think some people are natural born performers and feel super comfortable on stage. Live was something I had to think about a lot and it isn’t as intuitive as when I’m writing on my own.”

HN: When your writing, do you like to keep it private or do you like people having a look and throwing in ideas?

WJC: “There’s no other writers on this album, I kinda wanted to make a point. I wanted to show that I didn’t need any help in that respect and I had lots of ideas. But I have collaborated in the past just for fun, just with no goal at the end of it.”

“I find the best stuff comes out and I make more daring moves on my own. Some of my best ideas start out sounding really really shit. If I’m on my own I would build on it and work on it and change it, whereas if you’re with someone else it’s kinda embarassing to play them a shit idea. They might gun it down straight away.”

“I like writing on my own, and then the collaborative process is more from the production and getting it to sound tight, live drums and that sort of thing.”

HN: ‘Beach (I Wanna Make You Mine)’ is another track we’ve really enjoyed. The video has this sort of fatalistic, Bonnie & Clyde story running through it. Was that in your head when you wrote it or was that a more drastic re-imagining of your vision?

WJC: “It’s actually weirdly, exactly what the song is about. When I started writing it, the lyrics are about two fugitives in love, so that’s the theme of the song. The core message I guess.”

“With the verse lyrics, it was initially going to be written from in prison. In the first verse I was going to have about how the female protagonist was going to reach ‘Will’, or whoever. This counterpart.”

“It was about two fugitives in love who have been wrongly labelled fugitives. It’s pretty obscure but it made for a fun writing topic. The kooky verses let me do the chorus as more anthemic, which is more interesting.”

HN: There’s a nifty new-wavey guitar solo that closes out that track. Is that a genre you feel inspired you?

WJC: “Definitely, what bands are you thinking about?”

HN: Well I actually had a very clever segue into your cover of ‘Once in a Lifetime’. So Talking Heads I suppose.

WJC: “Yeah I love 80s art-pop. The Cocteau Twins, The Cure, Talking Heads all that kind of stuff. Even the poppier end like Duran Duran. I think the 80s was generally a good time for pop, and innovation in pop. From the perspective of British alternative pop it was a pretty sweet time.”

HN: I feel like 80s nostalgia has now lasted longer than the actual 1980s. But I’m glad that that style of rhymtic, 80s guitar rock is coming back. You don’t see that as much.

WJC: “I think for me it was more about the ethos of the music, not just like, whacking a Juno on the track. The synth I use is a Prophet-6. It’s like a digital-analogue crossover, so you can get the older sound out of it but it is way more modern, with fresher sounds.”

WJC: “With ‘Once in a Lifetime’ it has this belter of a chorus, which is so pop, and then these weird, conceptual verses and video. It was more about being daring and unabashed. Unembarrassed to go straight for the gullet on one thing and then totally change direction on it.”

HN: On Sweet Dreamer, are there particular tracks that stand out as something really different for you, or is it more one cohesive piece?

WJC: “It’s definitely cohesive. Lots of the tracks contain sibling elements and that ties it together as an album. But it’s more a collection of songs as opposed to a concept. There’s a mood and a broad overarching message that’s angsty but also joyous. Like bittersweet. Which is where the artwork comes from, the blood orange.”

“I didn’t want it to be a demanding listen. It’s quite short and the songs get to the point pretty quickly. For a first album you kind of need to give other people what you want to hear. Once you’ve indulged other people they’ll indulge you on your jazz concept album later down the line…”