Love In The 4th Dimension – The Big Moon – Review 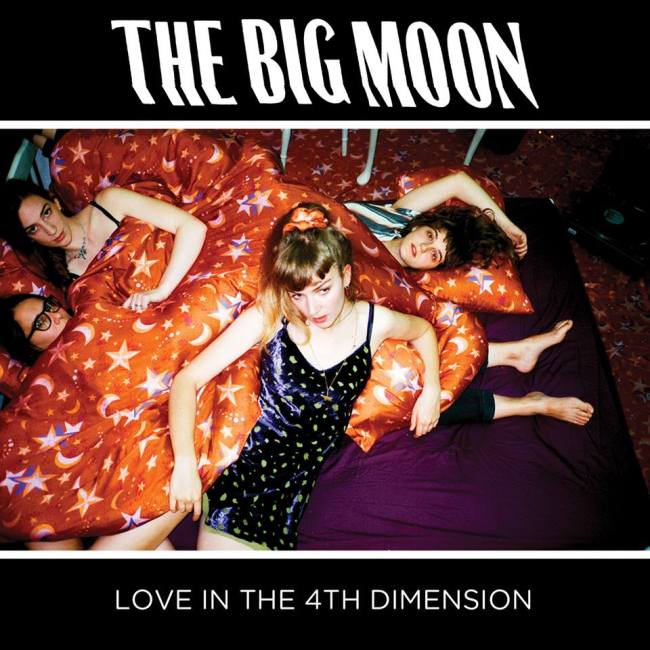 I’m always game for spirited indie-rock. It’s the tequila shots of musical genre: you know you’ll always come back to it, even though sometimes it makes you ill. Thankfully The Big Moon won’t make you vomit. That’s a quote for the album sleeve right there.

The Britpop riffing and deadpan androgyny of Juliette Jackson’s vocals have critics muttering Pixies-this and Portishead-that. There is an undeniable 90s vibe, but given the band’s youth it’s more an ode to an imagined 90s, or a half-remembered one at least. The result is something a little more poetic and dreamlike than the decade itself: which was less hope and aspiration and more shell-suits and your uncle’s Ford Capris.

‘Cupid’ imagines the titular love-pixie as a slobbering mess who has a “Jonny artfully tucked out” of his wallet as he stumbles to get another round of shite cocktails. But the lyrics are sufficiently dense and personal to allow many readings. There is a touch of mystery. It’s that essence of -hard-to-reach that makes them sound like Warpaint with the weirdness dialled back a few notches.

That isn’t to say The Big Moon are unapproachable: far from it. Love In The 4th Dimension is fresh and inviting. ‘The Road’ is surely the best track: a funky rouser of the likes we haven’t seen since Sheryl Crow. April is proving a big, big month for home-grown indie, but with spirit, ballsy riffs and bags of personality, the ladies from LDN have the good stuff.